Scaling up and integrating your Results-Based Financing scheme: a progression in four phases

This is a cross-post from Health Financing Africa blog from 17 April, 2017

In a previous post, I have proposed to understand scaling up and integration of a results-based financing (RBF) scheme as a progression on five dimensions. In this second post, I present the second main lesson from the “Taking Results Based Financing from Scheme to System” research program: this progression, often, occurs in four phases.

There were several great things in the “Taking Results Based Financing from Scheme to System” implementation research program, but one I appreciated a lot was the opportunity to use our own experiential knowledge for developing and implementing the research: an interesting option, when you have in the research team, experts like Maryam Bigdeli, Por Ir, Joël-Arthur Kiendrébéogo, Eric Bigirimana or Isidore Sieleunou (among others), who have had hands-on experience on scaling up Results-Based Financing.

What I knew from my own policy involvement with RBF over the last 15 years in countries like Cambodia, Rwanda or Burundi is that scale up is a process going through several phases. At the launching workshop, I presented a four phase view to the rest of research team; we agreed that this was one of the things to investigate with the project.

So, what have learned on the process of scaling up and integration after field work in 11 countries?

Thanks to the excellent work of the country teams, we have now quite a good understanding of how countries progress with their RBF schemes. From our sample of ten country reports, we see emerging pivotal points at which a RBF scheme gains a more advanced policy status. First, let’s review the four phases.

The generation phase refers to the movement of RBF from an initial idea to the establishment of one or more pilot projects demonstrating the feasibility of the idea. The end point or measure of success at this phase is a proof of concept, which is a significant progress on knowledge (‘it works in our context and we have learned how to do it’). If we take Cambodia as an example, this is a status that was already reached in 2001 for the New Deal (a ‘proto-PBF’) and in 2002, for the health equity fund. If we take Rwanda, we can probably say that PBF reached this status in 2003. All the schemes documented in our multi-country research went through this first pilot phase. It is important to note that a few got stuck at that stage and failed to move to the next one. This is for instance, the case of Chad.

The adoption phase refers to the transition from a pilot project to a program. By ‘program’, we mean a centralized organizational structure endowed and mandated by the national authorities to expand benefits of a specific strategy to a large population. For a RBF program to function, a unified, coherent and identifiable set of institutional arrangements has to be put in place. This includes among others, contracts, guidelines and management tools to administer the RBF scheme. If we refer to my previous blog on the five dimensions, this phase of ‘roll-out’ equates to significant progress on the two dimensions of population and service coverage. This progression is made possible thanks to significant progress on a the dimension of ‘knowledge’ as well (knowledge increases both in terms of number of trained experts at the national level and in the depth of their expertise).

By the end of this phase there is typically a central body, agency or task force, which manages a single national scheme (particularly key if there were several pilot experiments to harmonize). Yet the scheme is usually still a parallel entity since resources are generally not on-budget. By the time of our study, 8 of the 11 study countries had reached this phase. No surprise, this is a heavy phase, especially from an operational perspective. This is even more so in big countries like Cameroon and Tanzania.

The institutionalization phase refers to the movement of RBF from a program to national policy. The later will often be enabled by national resources and commitment from the Ministry of Finance. The RBF scheme becomes an integral part of the country’s health financing policy inscribed in national strategic documents and decrees, with a stated objective to cover the country as a whole. This phase is characterized by significant progress on the dimension of ‘health system integration’, which will lead the emergence of new knowledge to handle the related potentially complex issues (how to adapt to public finance procedures, how to contribute to the permanent improvement of quality of care…).

By the end of this phase, the RBF arrangement is a central part of provider payment mechanisms in the whole country and contributes in a coherent manner to main objectives of the Ministry of Health such as Universal Health Coverage.

Phase 3 is one full of complexity. The challenge is not so much operational anymore: it is about securing a smooth integration of the RBF scheme into the national system. You can’t do anymore “cut & paste” from another country. A few countries managed this phase very well – Burundi and Rwanda are certainly the best examples. The story in Armenia is interesting. Cambodia took more time, but eventually move to good ownership.

Our last phase or that of expansion refers to RBFs transition from a provider payment mechanism for health to a key principle informing the design and implementation of public policy in general, including in areas and sectors beyond health. In the health sector, PBF inspires further reforms, spurring other transformative processes (e.g. strategic purchasing). Outside the health sector, RBF principles including paying for results and provider autonomy are considered relevant for other public services. This lateral thinking has been enabled by the expansion of national level knowledge on PBF and confidence gained by experience in integrating it within the health system. This phase marks the progression on the ‘cross-sectoral diffusion’ dimension.

Very few countries have already this phase. Rwanda is one of them. Burundi is not far from it, but the political crisis of the last two years has undermined the progress.

Meanings of these four phases

Let’s remind that as any framework, this four phase view is a simplified representation of reality. It is there to focus our attention on a few key issues related to the dynamics of a scale up process. It is also a simplified representation of these dynamics. In reality, things will not be always clear-cut; there is continuity and possible overlaps. Still, we see quite some power in this view.

For obtaining buy-in from these different stakeholders in the chain, different strategies will have to be adopted. Actually, even the identity of the actor championing the RBF scheme may have to change: for instance, our study shows that while international experts are often pivotal to succeed phase 1, technical leadership should be with senior cadres of the Ministry of Health from phase 2.

And what about prescriptive power? Is it required – in order to bring one’s RBF to scale – to follow the four phases, with due fidelity? Personally, I do not see the four phase view as a ‘universal law’ – there are probably countries, which merge phases 1 and 2 or phases 2 and 3. Still, one may wonder why so many countries do follow the same trajectory.  There are probably several reasons for that. Let me point at one.

Much has been said about policy as a complex process which rarely develops in a linear way. This is very true; still, a policy is an intentional action : expect the policy entrepreneur and any other driving actor to act in a strategic way. Addressing challenges one by one, ‘converting’ stakeholders progressively, may facilitate success. Knowledge is also a key resource for actors championing the policy: if they learn that a sequence of actions worked in other countries, expect them to take inspiration from this lesson.

Directions for our community

Many of you work in countries which are still in an early phase of the scale up & integration of their PBF scheme. We hope that this multi-country research will help you to structure your action at country level. Please, refer to our cross-country policy brieffor tips how to navigate the phases (or the related paper).

The study also shows possible directions for the whole community of actors committed to PBF. I see at least two. First, we should not sleep on our first successes: this is a long journey, setbacks are possible, and many challenges remain ahead. It is also our responsibility to consolidate the global momentum – our prime responsibility is to  permanently improve our solution(s). In 2017, the PBF CoP will launch a series of working groups to work on the main weaknesses we do observe at country level. One has already been launched on verification; another one is about to start on family planning. More working groups will follow. We hope that many of you will support this dynamic. Second, we  have also acknowledge that we belong a more global movement. PBF is not an end in itself : it is an entry point for consolidating a more comprehensive transformation of health systems to sustain progress towards UHC (do not miss this recent paper by WHO colleagues). As a community, we have to consolidate links with other groups. We will do that step by step. You may have noticed our emerging collaboration with WHO around strategic purchasing. Several members of our CoP will be next week at the meeting in Geneva. Stay tuned: more exciting developments are coming! 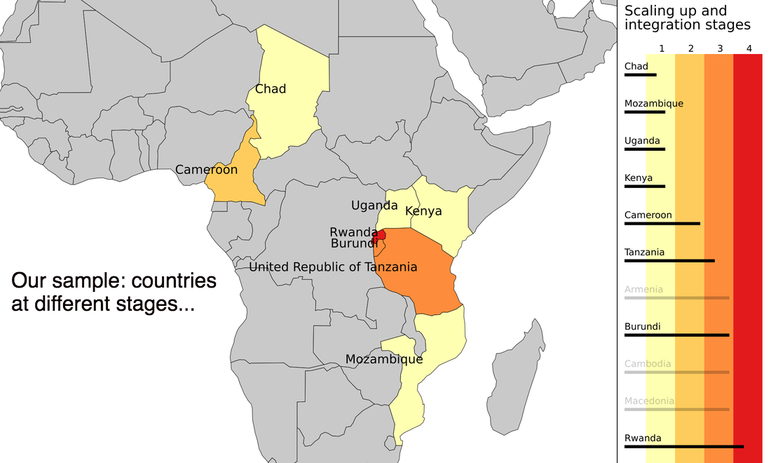 Get the Latest News